In Graphs and quivers we introduce the notion of a cardinal quiver and describe the local uniqueness property. We also enumerate some small quivers. 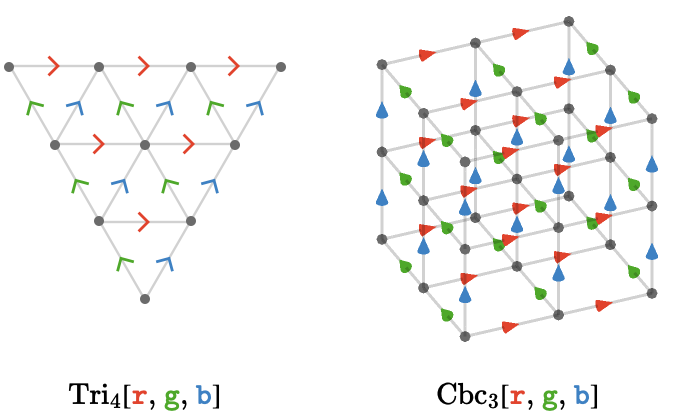 In Path groupoids we define paths on a quiver, consider their path words, and show the paths form a path groupoid.

In Word groups we define the word group, which describes how we can build path words out of individual cardinals.

In Multisets we set the stage for later developments by defining the useful data-structure known as the multiset. We explain how to form sums, unions, and intersections of multisets, and explain their connection to images of functions. We generalize the multiset to the signed multiset, and show how it combines with a semigroup operation to yield a ring.

In Adjacency we contemplate how to extend the concept of an adjacency matrix to model the cardinal structure of a quiver. We do this by defining the plan ring: a matrix ring over the word ring. Under multiset duality, matrices in this ring are dual to plans, which are multisets of (hypothetical) paths. 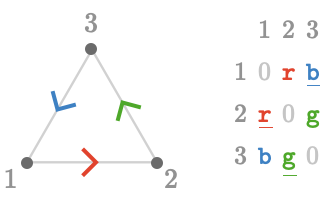 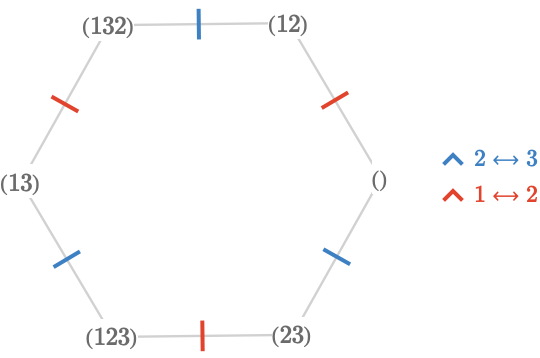 In Action groupoids we recall group actions and understand Cayley quivers as instances of action quivers associated with actions of groups on themselves. 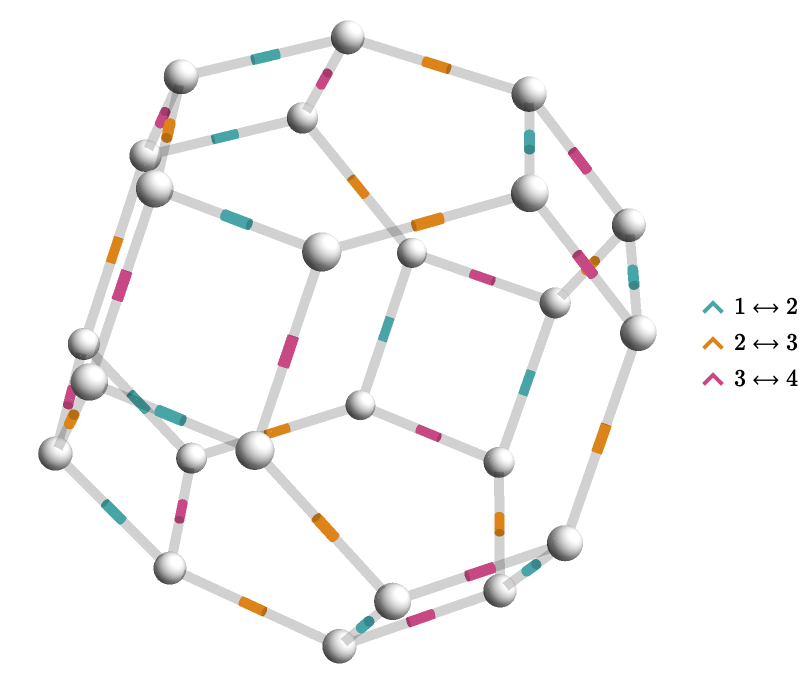 In Path quivers we define the forward, backward, and affine path quiver, which describe the possible paths of a quiver using another quiver. 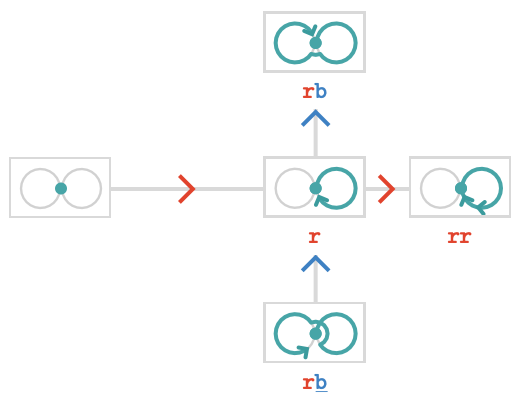 In Path quotients we define path valuations, and use these to construct quotients of path quivers.

In Lattice quivers we generate some of the familiar transitive quivers as the quotients of one-vertex fundamental quivers by affine path valuations associated with group presentations of \( \group{\power{\group{\mathbb{Z}}}{\sym{n}}} \). We explain how such a quotient can be seen both as a breadth-first-search and as a Cayley quiver. 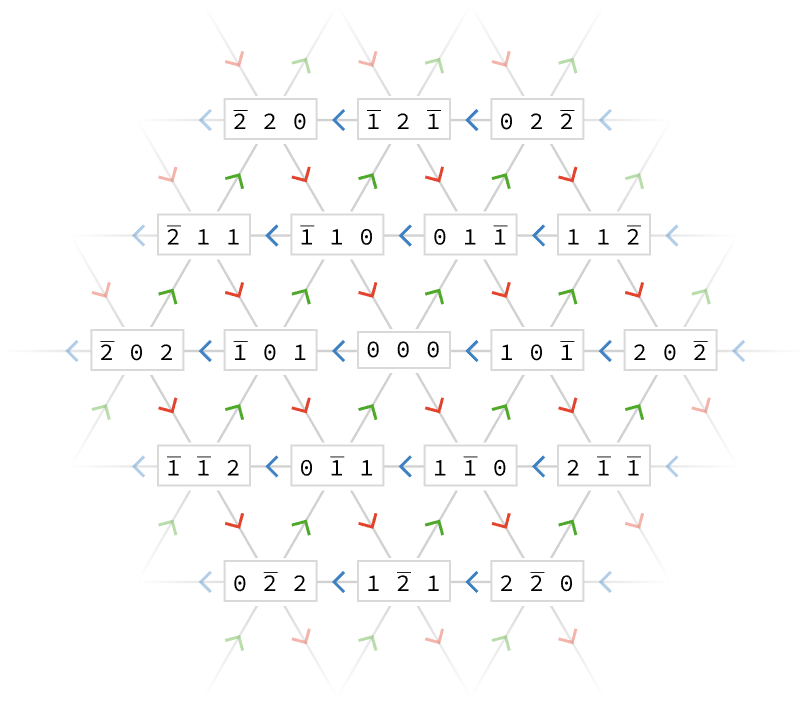 In Intransitive lattices, we use path quotients of fundamental quivers that have two or more vertices to generate intransitive quivers such as the hexagonal and rhombille quivers. 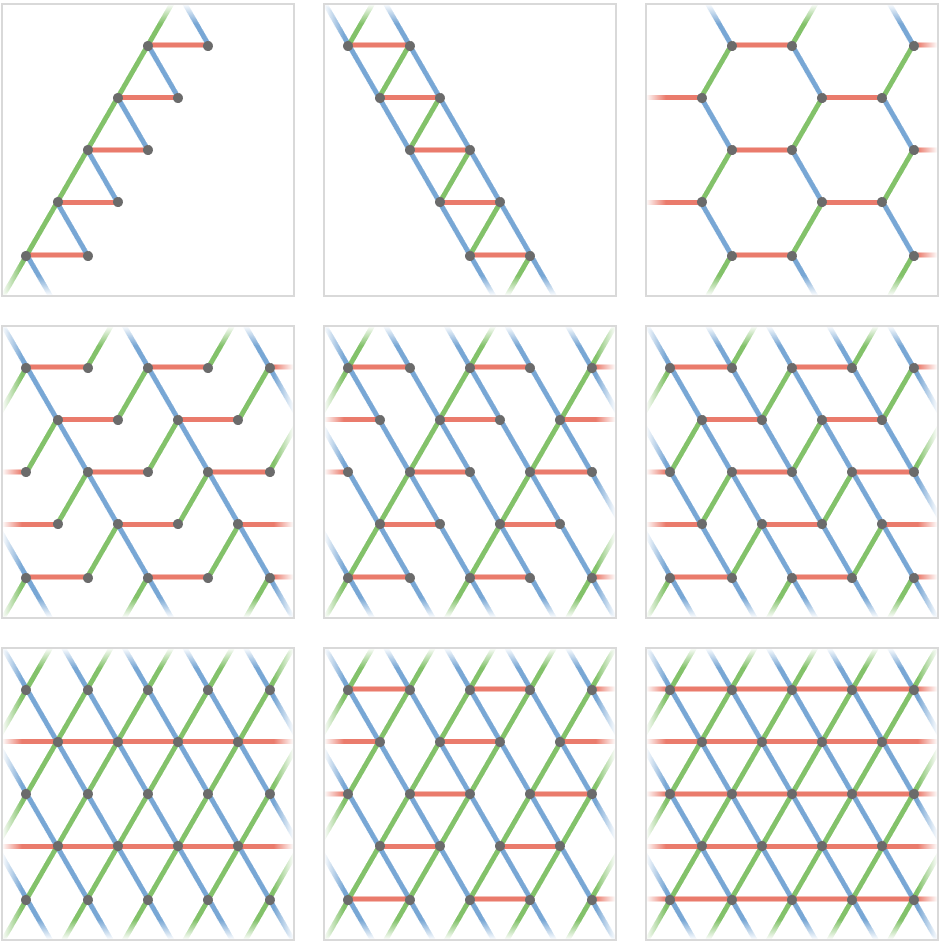 In Toroidal lattices, we generate square, triangular, and hexagonal toroidal quivers as the Cayley quivers of presentations of finite Abelian groups, and plot these in three dimensions and on the modular plane. 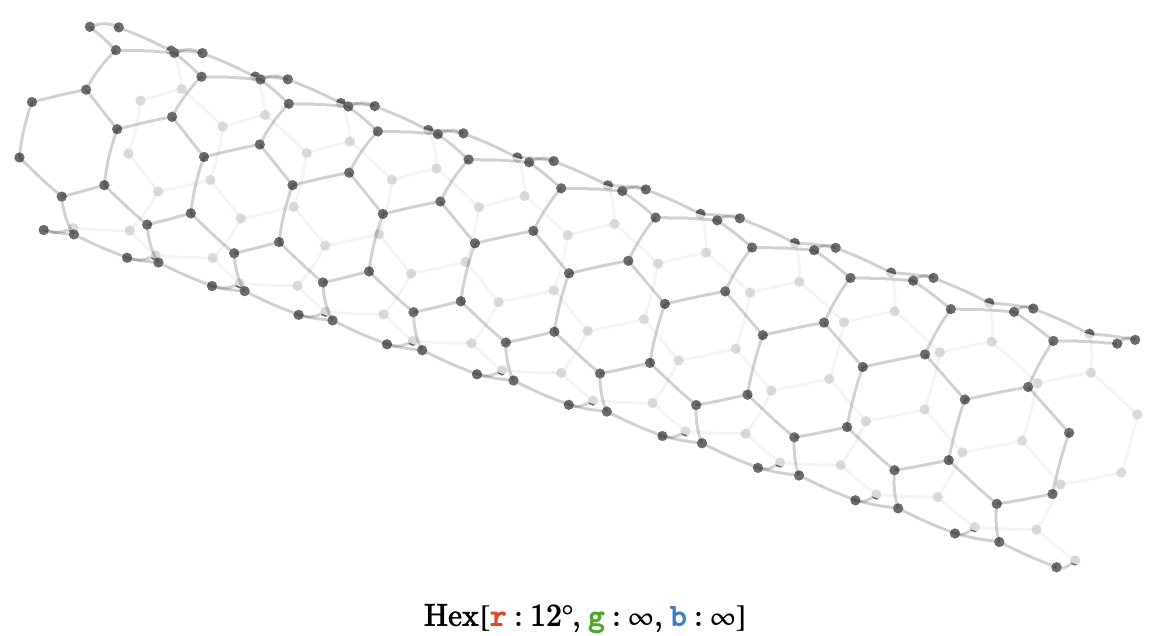 In Noncommutativity, we consider quivers obtained as the Cayley quivers of non-Abelian groups. 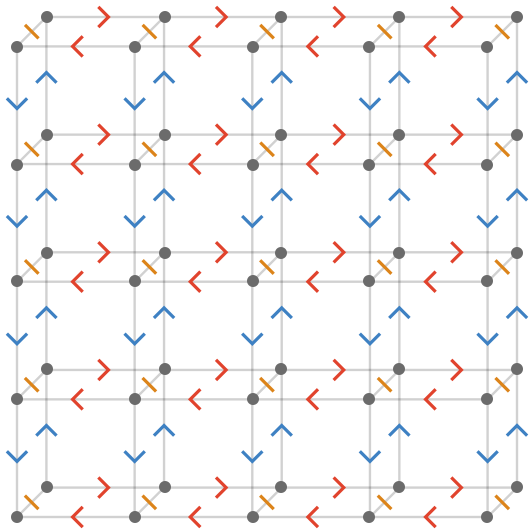 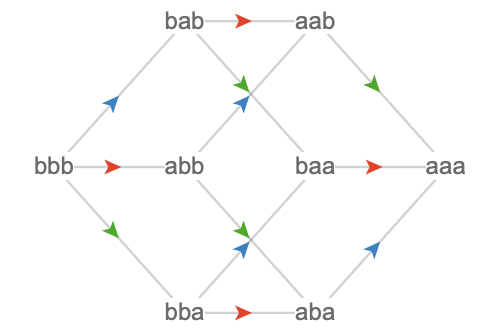 In Coverings, we define graph and quiver coverings, and explain their connection to path homomorphisms. 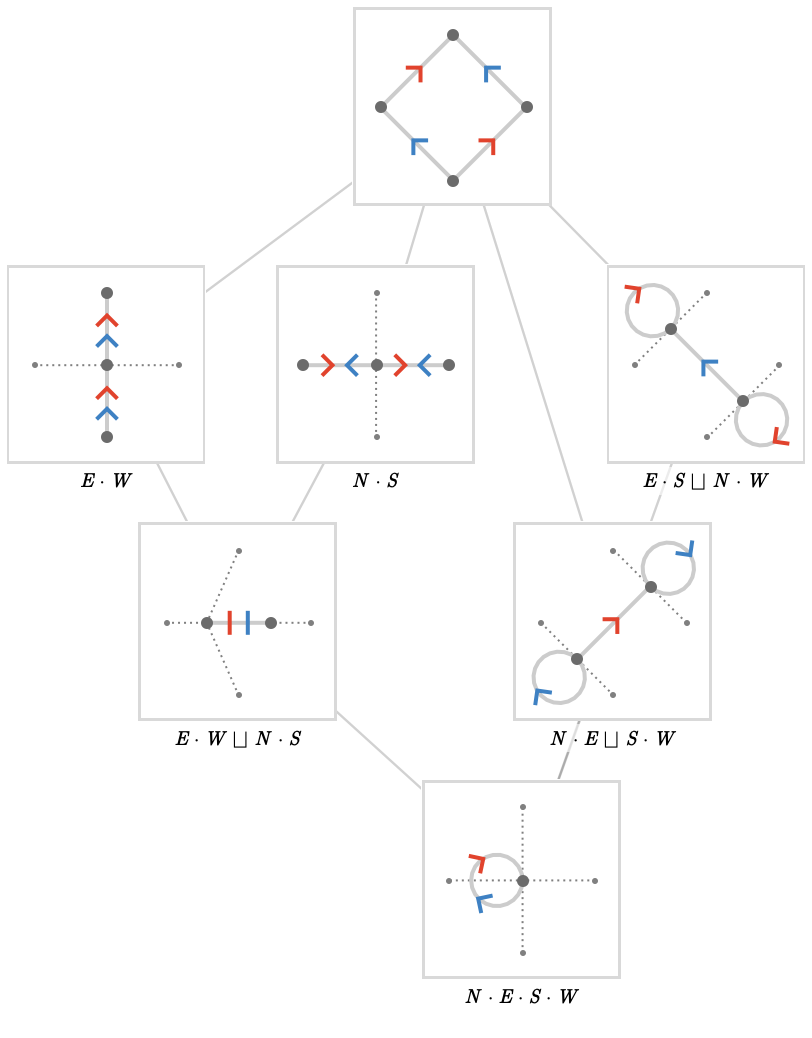 In Contraction lattices, we examine coverings derived from contractions of vertices, and show how they possess the structure of an order-theoretic lattice. 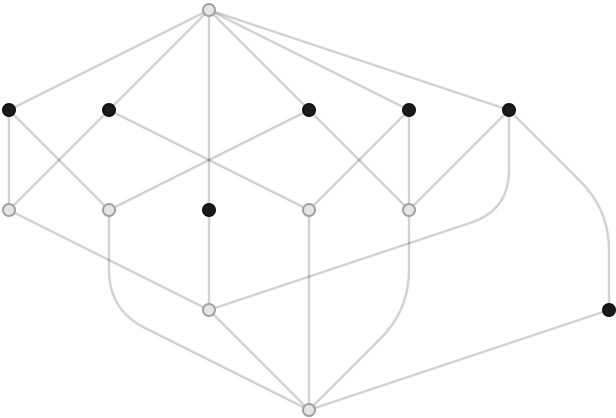 In Vertex colorings, we enumerate some regular vertex colorings of transitive quivers, and explain their connection to contraction lattices.

In Quiver products, we define arrow polynomials which encode how to multiply quivers: how to form a product quiver out of multiple factor quivers. We define the locked, free, and Cartesian products and see how they generatize particular transitive quivers. We also apply quiver products to obtain some intransitive quivers, and explore the structure of the connected components these products produce. 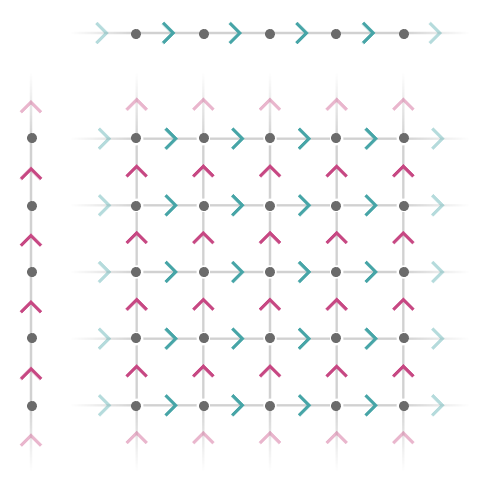 In Fiber bundles, we introduce the classical, continuous notion of a fiber bundle, and then examine its quiver-theoretic incarnation.

In Cardinal transport, we create a Möbius quiver, equip it with charts, and use it to define a transport atlas that tracks transitions between parallel cardinals, giving us a method for cardinal transport. A suitable quotient yields the curvature quiver.