The goal of the project is to look at all of the 1-1 and 2-2 string rewriting systems on two characters, and understand their behavior enough to find "closed forms" for their multiway quivers. The linear and circular string rewriting versions of these rules will be compared. Time permiting we will apply some group theory to express their symmetries.

Trivial rules can be ignored, as they only introduce self-loops in the multiway quiver, even when combined with other rules into a compound-rule rewriting system.

This occurs because the rewrites of individual \(\lchar{\texttt{■}}\) characters in the initial condition are independent, and each rewrite yields an single edge of a line quiver.

2-2 conversion rules are almost analogous to the 1-1 situation, except there is some freedom that occurs whenever there is a span of unconverted cells of odd length: 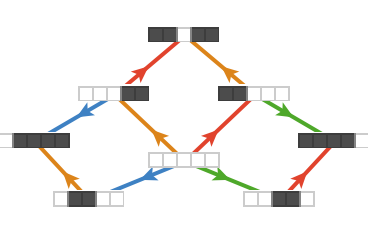 The circular string rewriting case displays a much larger degree of symmetry: 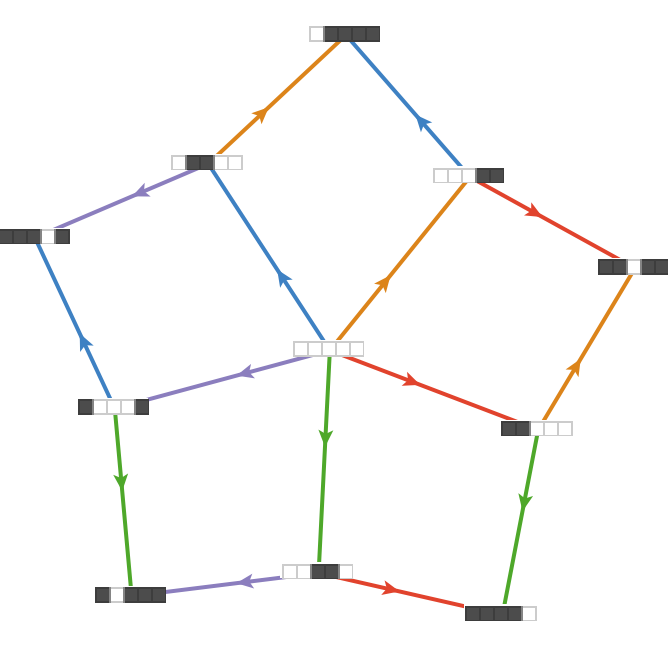 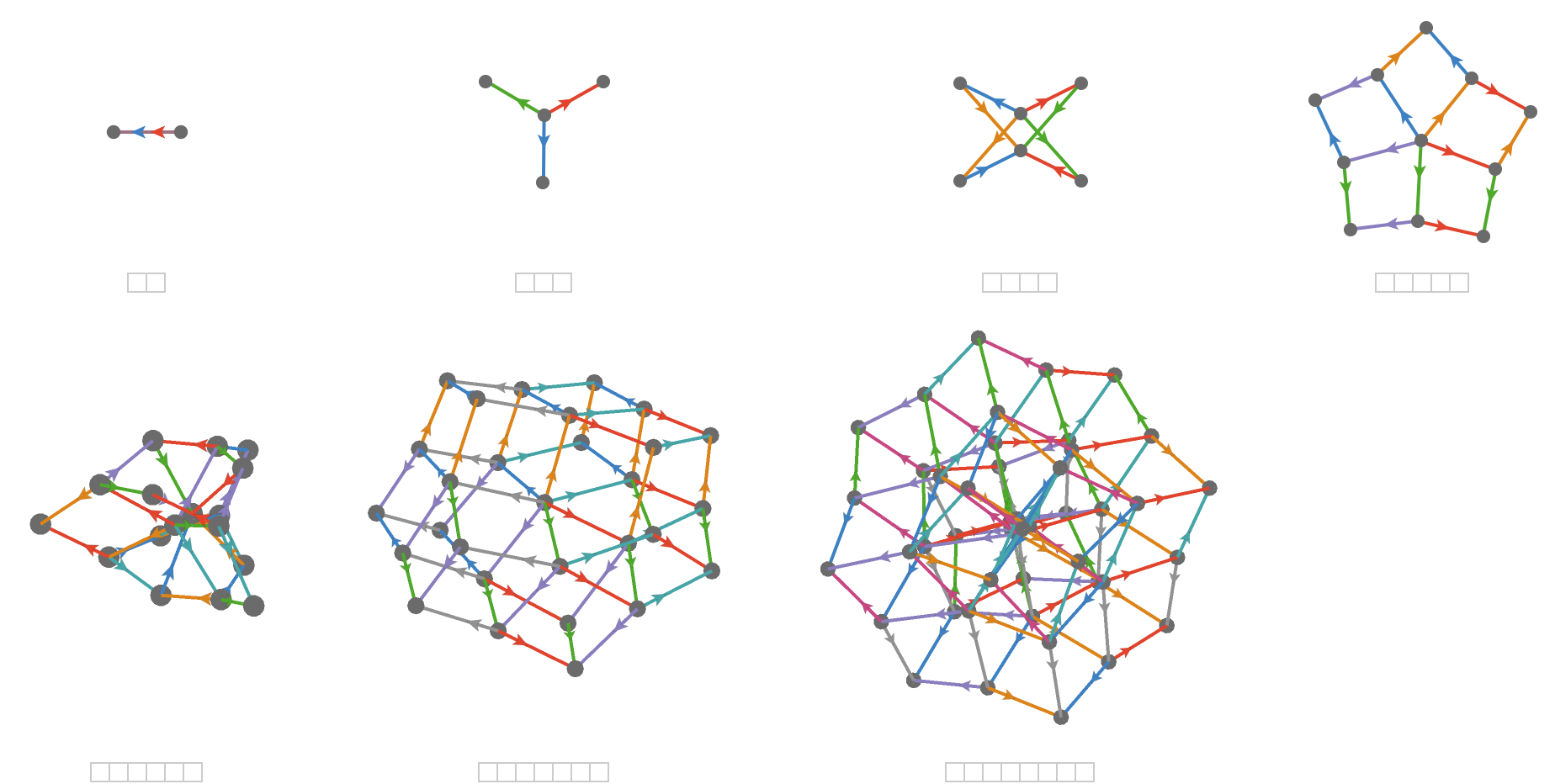 We do not yet understand the multiway quiver for these systems.

The gobbling are quite straightforward to understand.

Gobbling rules have the effect of eliminating a "run" of e.g. \(\lchar{\texttt{□}}\) characters after a \(\lchar{\texttt{■}}\) character. These runs are independent. The length of each such initial run effectively establishes a single linear coordinate with finite range, leading to a "cuboidal" multiway quivers. 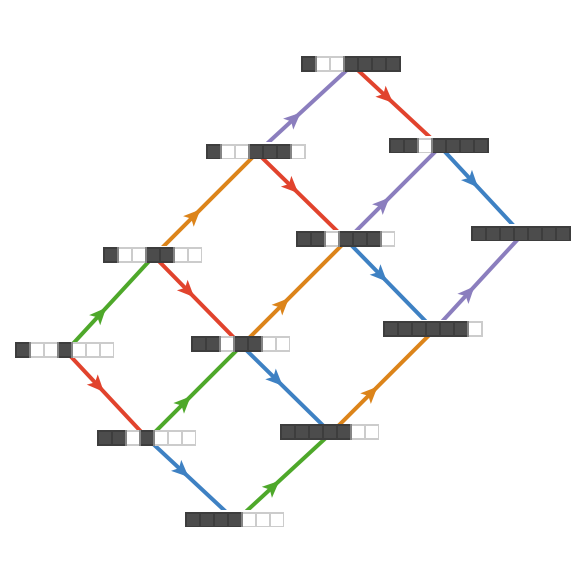 The circular case adds at most a single additional run if there is a final \(\lchar{\texttt{■}}\) character.

For a maximally unsorted string, we have initally only one rewrite, followed by succesively more possible rewrites that are counted by Binomial. 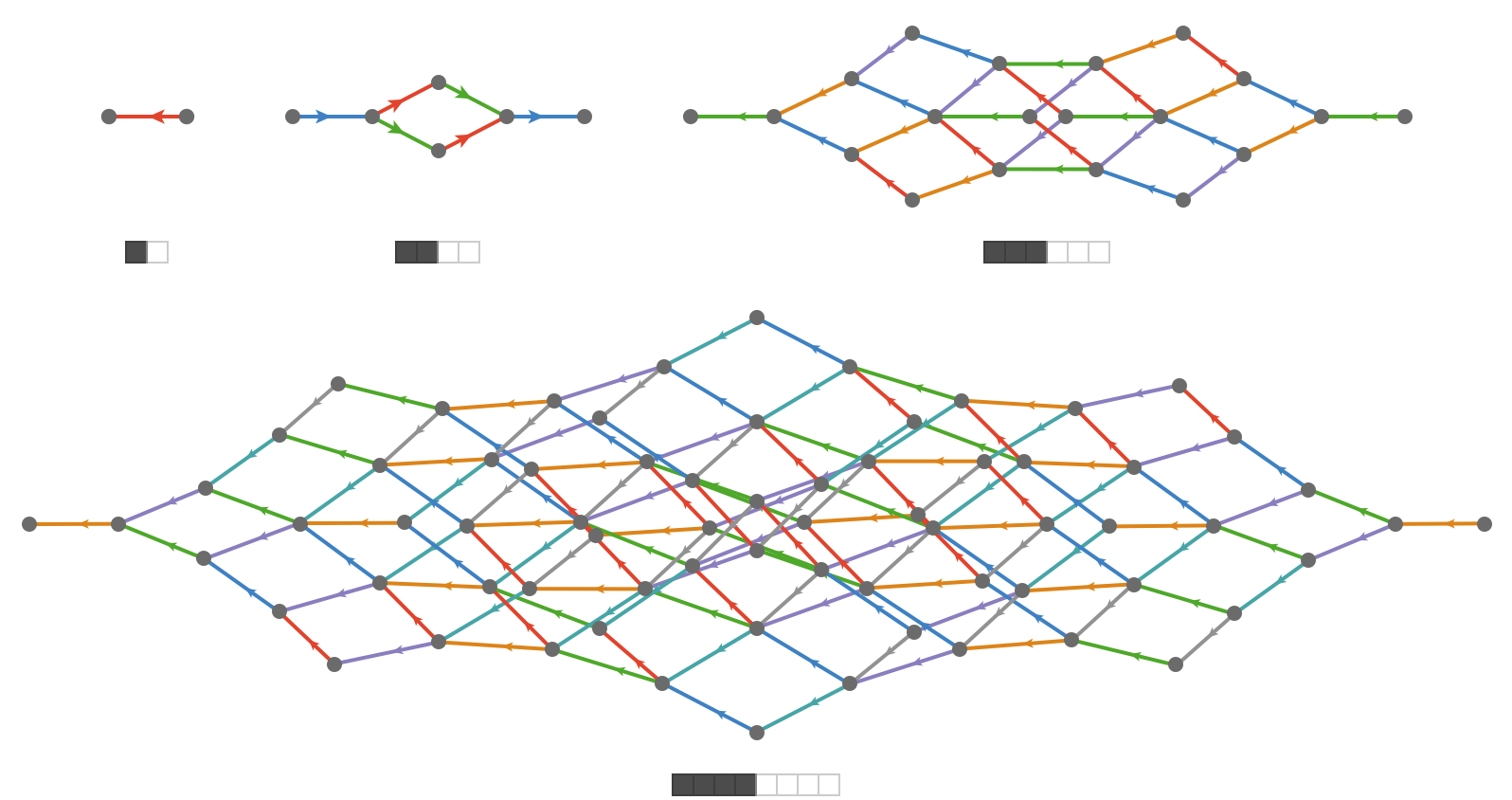 These resemble "cube complexes" that occur in geometric group theory, a connection that might be made more precise.

Additionally, we have some interesting special cases. With all but one cell being black or white, we obtain simple "gliders": 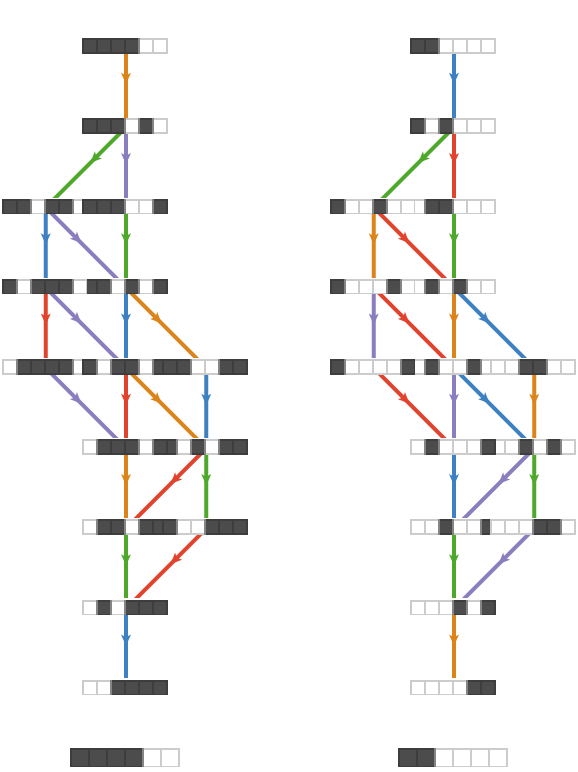 Much additional symmetry is visible when we move to the circular setting.

Again, the special cases are interesting: